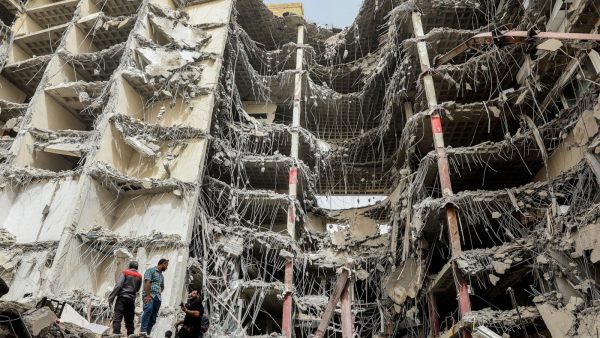 Dubai, UAE – The death toll in a catastrophic tower collapse in southwestern Iran rose to at least 38 on Sunday, state TV reported, as emergency workers pulled another body from the rubble amid fears still more could be trapped in the destruction.

It’s unclear how many more people remain unaccounted for in the collapse of the still-under-construction tower at the Metropol Building in Abadan nearly two weeks ago.